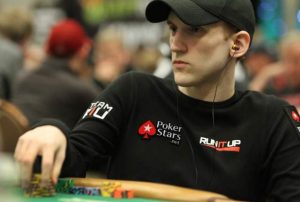 Jason is the current Twitch King, with more followers than any other poker streamer. His easy-going manner helped him to build a massive audience in no time at all, breaking the 10 million unique viewers mark after little more than two years.

Jason was born and raised in Long Island, New York. Watching the 2004 World Poker Tour coverage on TV was his first exposure to the game, at the age of 17. Initially starting off his new hobby playing freeroll tournaments, Jason claims to have never made a deposit at the beginning. A mixture of home games and online play sharpened his skills so that he was fully prepared for his first World Series of Poker in 2008 when he came of age. Already by that point he had turned his $0 starting balance into a six-figure bankroll, and was well on the way to becoming one of the best tournament players around. 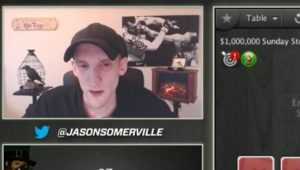 When Black Friday hit, he was forced to take a break from the online game, putting 100% of his efforts into live tournaments, which has ramped up to more than $3.6 million in winnings, with more than $6 million for his career total.

Taking to Twitch in early 2014, Jason was spotted by Pokerstars a year later and invited to join the prestigious Team Online. By now his popularity was growing at an incredible rate, with an average of 25,000 viewers watching him play the WCOOP 2015 events. This kind of following which he now has, has been the catalyst for other poker players to get on the Twitch bandwagon, giving some fantastic exposure for the game we all love.

On the rail – Brains VS A.I