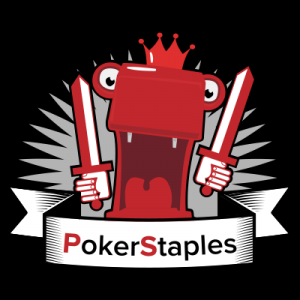 Jaime is a 25-year old professional from Alberta, Canada. Known to enjoy playing in mixed games, his real strength lies in the world of No Limit Hold’em MTTS.

Originally planning to make his life in the world of professional golf, Jaime found his way into poker through play money, and a friendly rivalry with his younger brother. Before long the seed was sown, and after some initial success he finally joined the pro ranks in 2014.

By this time, TwitchTV was becoming a popular platform for poker players to stream their games online, and so it looked to be a natural fit for the easy-going youngster, as he aimed to continue his rise in the poker world. 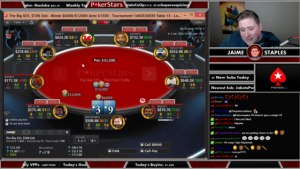 Inspired by the successes of the well-known elite pros, Jaime quickly developed a broadcasting style where his audience could feel how motivated, and level-headed he was. Within a few short months, the viewing figures were up into the thousands, made up of both recreational players and fellow professionals. It was a great start to life as a streamer.

By now, Pokerstars had sat up and taken notice of what was going on. TwitchTV is a great place for marketing a brand, and here was a young ambitious guy who everybody seemed to like; how could they not reward him? In April 2015, the phone finally rang, and “Friend of Pokerstars” status was awarded.

By the end of 2015, with Jaime achieving the best results of his career, Pokerstars caved into demands that he be awarded full Team Online status; and so it was.

As we move into 2017, Jaime is close to breaking the $700,000 barrier for winnings on his Pokerstars account, with much more to come soon.