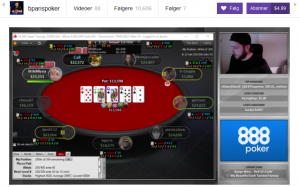 Bryan is a 31-year old poker refugee living in Amsterdam. Originally from Menlo Park, California, he was forced to make a choice between the slow grind of live poker, or make the move abroad when Black Friday hit.

Originally a cash game player during his college years, Bryan made the move to MTTs and SnGs and has never looked back. During 2007, with very little in the way of financial back-up he decided to take a run at making it as a pro, with massive success every year since. 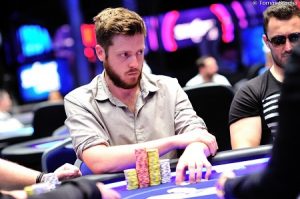 2009 saw his first major score in the Sunday Brawl. Heads-up against Shaun Deeb, who was already a confirmed beast even back then, saw Bryan get laughed at when he suggested an even split deal, due to his slight chip lead. 15 minutes later Bryan was laughing all the way to the bank, describing it as “the best feeling ever.

With a total of online tournament winnings in the region of $10 million there are few players with a record that comes close to this. Two years ago, Bryan became only the fifth player ever to cross the $7.5 million barrier for online tournament play, and is on course for all kinds of future records now sat in second place on the winners list. Another $700,000+ from the live scene is the icing on the cake.

Bryan says he is streaming because he is passionate about poker, and is doing everything he can do to re-popularise the game in his homeland. He can be found streaming 3-5 days each week, playing the highest stakes available online.

If you’re a fan you can also follow Bryan as he tackles live tournaments across Europe on a regular basis.