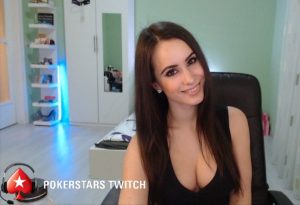 Beata has quite an original story to her poker career. The 28-year old Hungarian only started playing poker in January 2015, with 6 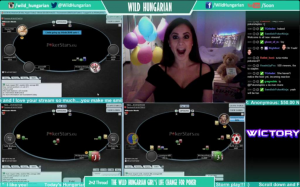 Max NL Hypers being her game of choice. Two months later she made the jump to streaming on Twitch playing Spin & Go tournaments, and was winning from the off. How could this be possible you might ask; the answer is she is known in the expat poker community in Budapest, and has a certain Patrick “pleno1” Leonard watching her back.

With a degree in economics we can assume she has a good head for figures, and has all the right tools to continue her initial success. By July 2015 Beata was a consistent winner in the $15 Spin & Go’s and took the step to join a backing stable which gave her even more access to well known pros, and the possibility to broaden the range of games she could play.

In October 2016, PartyPoker decided to sign her up as a brand ambassador, alongside Patrick Leonard. Now playing SnG Hero’s on PartyPoker’s platform, Beata can be seen streaming on most days during the week, and recently just made her record cash, for $4250 in a $5 SnG with a x1000 multiplier.

Beata is great at keeping her stream entertaining; always finding something interesting to talk about. Now a well known face in the poker world, we should expect to be seeing a lot more of her in the future as she continues her rise up the ranks.