Black Friday: The Day that Changed Everything: Part One

April 15th 2011 is a day that the poker community won’t forget in a hurry. This is the day when the US Department of Justice showed the world that you can’t thumb your nose at them and expect them not to react.

This story properly begins back in 2006. In a cunning move taking advantage of the US political system, legislation designed to prevent US based financial institutions from conducting transactions connected to online gambling, was tagged onto the end of a bill about port security. Obviously, when it comes to voting time in Congress nobody would be likely to oppose such legal changes. And thus, the Unlawful Internet Gambling Enforcement Act 2006 (UIGEA) was born.

“prohibits gambling businesses from knowingly accepting payments in connection with the participation of another person in a bet or wager that involves the use of the Internet and that is unlawful under any federal or state law.”

While all this was being prepared, the vast majority of online poker providers were one by one informing US based customers that they would no longer be welcome. It looked for a while as if it was game over too, but then it became clear that once Partypoker had withdrawn from the American market, that the new industry leaders Pokerstars and Full Tilt Poker would be sticking around. Unfortunately for many, the ill fated UltimateBet and Absolute Poker site were also quite happy to continue servicing American customers.

On the face of it, everything appeared to be carrying on as normal. Behind the scenes however, the US Department of Justice was only just getting started.

The situation between 2006-2010 was quite complex from a legal standpoint. Although the act was signed into law in October 2006, the final regulations were not finalised until November 2008, with full compliance not due until a year later, which was then put off again until June 1st 2010. At last the DoJ knew exactly where they stood, and they began to observe their prey.

The Sky Is Falling

On the morning of 15th April 2011 the news that everybody had been dreading finally arrived. Marketwatch.com reported

“Federal authorities unsealed an indictment Friday against the founders of the three largest internet poker companies operating in the U.S. The indictment charges eleven defendants, including the founders of PokerStars, Full Tilt Poker, and Absolute Poker, with bank fraud, money laundering, and illegal gambling offenses.” 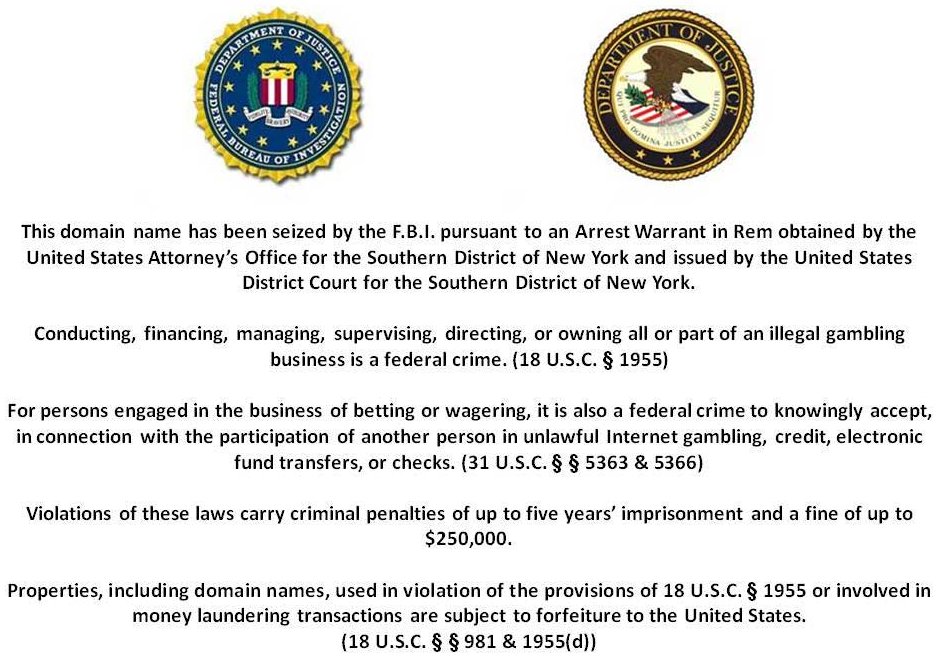 This was really bad news. Although by this time we all knew that these companies were openly flouting US law while continuing to operate in that marketplace, we had kind of buried our heads in the sand thinking that nothing could go wrong. And how wrong we were!

More than 75 bank accounts related to the poker companies and payment processors were seized along with a list of internet domain names. The DoJ clearly meant justice. 11 defendants were named in total. From Pokerstars Isai Scheinberg and Paul Tate. Ray Bitar and Nelson Burtnick from Full Tilt Poker. Scott Tom and Brent Beckley from the Absolute Network. The remainder were from the financial world involved in online payment processing.

In what might have look like a minor show of defiance, both Pokerstars and Full Tilt Poker issued statements saying that while US based players were out of the game it was business as usual for the rest of the world. Pokerstars repeatedly reminded everybody of their standard practice of segregating player’s funds from the operational side of the business. Ominously, the Absolute Network and Full Tilt Poker had nothing to say on this.

Less than two weeks later Pokerstars began the process of refunding money to their US customers, while everybody else affected was now in the horrible spot of wondering if their money was gone for good. Many mid to high stakes players kept their entire bank roll in these accounts; you can imagine the kind of numbers we are talking about here.

By the middle of May the parent company of Absolute Poker and Ultimate Bet filed for bankruptcy, and a month after that Full Tilt Poker had its gaming license suspended and the site was shut down completely.

This was going from bad to worse.

“As charged, these defendants concocted an elaborate criminal fraud scheme, alternately tricking some U.S. banks and effectively bribing others to assure the continued flow of billions in illegal gambling profits. Moreover, as we allege, in their zeal to circumvent the gambling laws, the defendants also engaged in massive money laundering and bank fraud. Foreign firms that choose to operate in the United States are not free to flout the laws they don’t like simply because they can’t bear to be parted from their profits.”

It was looking by now that the DoJ was well aware what was going on from the beginning. It was just a matter of collecting all the evidence they needed, and processing the paperwork. It took less than a year in total.

Check out part two coming next week to find out what happened to the defendants, and their customers.

Black Friday: The Day that Changed Everything: ...