Kevin`s story is quite amazing, originally from Alberta, Canada he worked as a rock radio DJ up until 2013 when he transitioned in to poker after some success on the live felt. In June 2015 he was chosen as a contestant in the third season of Big Brother Canada, where he finished ninth after a shocking ‘Triple Eviction’. 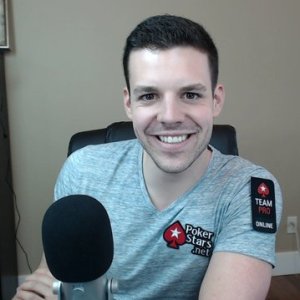 After exiting the Big Brother house Kevin jumped into streaming poker on Twitch, and in May 2016 he joined PokerStars Team Online Pro as the first player to not have a Supernova status.

Kevin is a part of #streamhouse along Jaime Staples and Matt Staples living it up in Vienna, Austria at the moment.

As announced earlier this month, Kevin is to appear on Big Brother Canada season 5 starting March 15th to his fan`s big delight. And from what he has written in his bio for the show he is super determined to win it this time around! You can read his full Big Brother bio here: http://bigbrothercanada.globaltv.com/houseguests/kevin-martin/

We wish Kevin the best of luck!

On the rail – Antonio Esfandiari and ...