The Finnish PLO beast Jens Kyllönen also known in the online world as Jeans89 is looking to do something else than poker. Despite being only 27 years old, he has been around in the poker industry close to ten years, and has undoubtedly made enough money to retire. 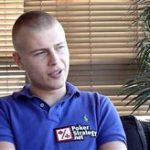 That is not his plan however, he has been studying finances a few years, and this summer he is set to do an internship in Philadelphia.

Back in 2012 Jens also made the headlines when he announced that he was one of the elite few that had bought a place on the Virgin Atlantic commercial space flight for $200,000.

This adventure has been put on hold however due to problems during the test flights.

A year later he once again made a massive buzz within the poker community when he revealed that his laptop had been hacked during his stay at the Arts Hotel for the EPT Barcelona.

The Importance Of Good Memory As A ...

On the rail – SharkScope launches a ...